The Houston George R. Brown Convention Center bustled with excitement – the 25th Annual Toys For Kids event was just getting started! Local Houston vendors, organizations and entertainers welcomed children and adults alike to their booths, giving them goodies and bringing smiles to over five thousand children. Families who often went without during Christmas had gathered together to celebrate and experience a Holiday extravaganza, put together by Congresswoman Sheila Jackson Lee, just for them!

Always striving to tirelessly pursue impact, Rodeo became one of the main sponsors for the event. Honored by the opportunity, Muselifat from Rodeo Dental’s Scott Street dental office expressed, “I was exceptionally excited to represent Rodeo Dental and be part of the giving! I knew I was part of something very very special.” Rodeo’s local Houston dental team and members from Rox Creative came and set up a Pop-Up Store that became an instant hit! When asked how many people had come to attend the event, both Lynne Cox and Lindsi Ramirez from Rox Creative stated, “Thousands!” Lindsi mentioned that the families got to have “a mini experience of our lobby events and bashes!” Family after family stopped by, eager to see what the buzz and all the color was all about. “People were eager to get in front of our backdrops to get a picture was pretty epic to watch,” Patricia Guereca commented. Thousands of children captured crazy-fun moments at Rodeo’s photo-booth, grabbed a balloon animal and had rad face-paint to show-off once they’d stepped away and moved to see the Toys For Kids parade.

Children cheered and clapped as the parade went into full-swing! Christmas celebrities–Mr. And Mrs. Claus–waved from their car as sponsor after sponsor walked along behind them, Rodeo Dental included! We popped confetti poppers, laughed, sang and made sure the families had a blast with the coolest dental team in Houston. The party didn’t stop there! Just as the event came to a close, thousands of children got their own Christmas present and unwrapped them right on the spot! Gifts of all kinds left with kids who will cherish them during and after the Holiday season. 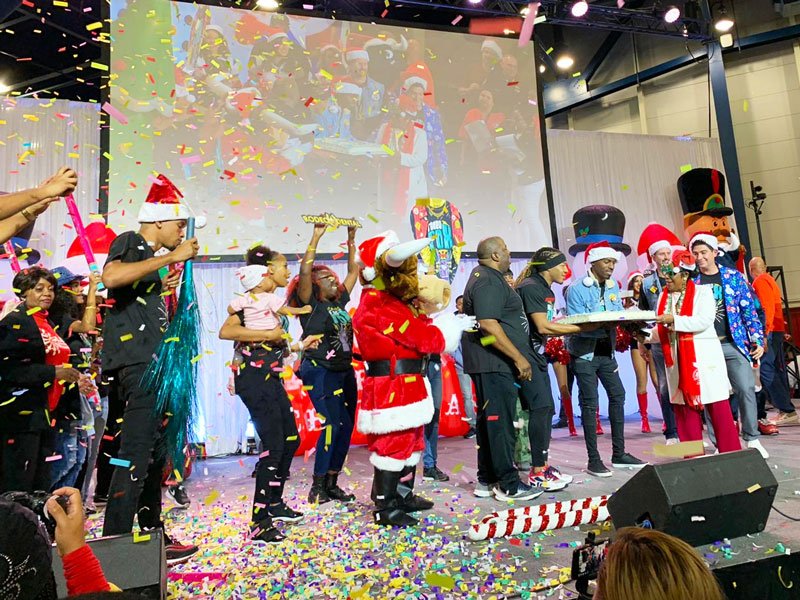 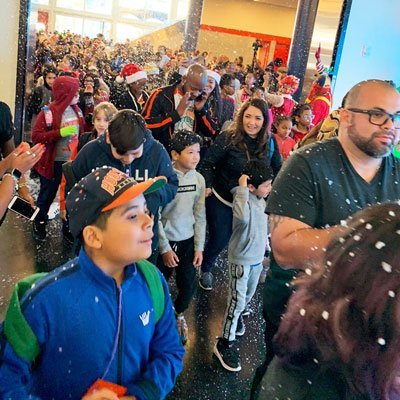 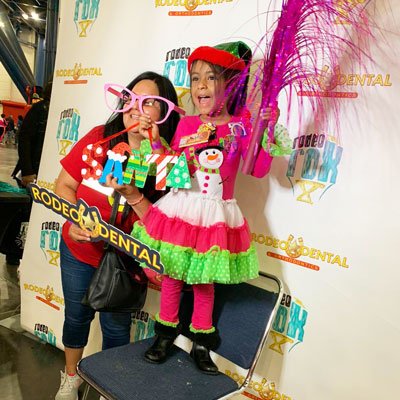